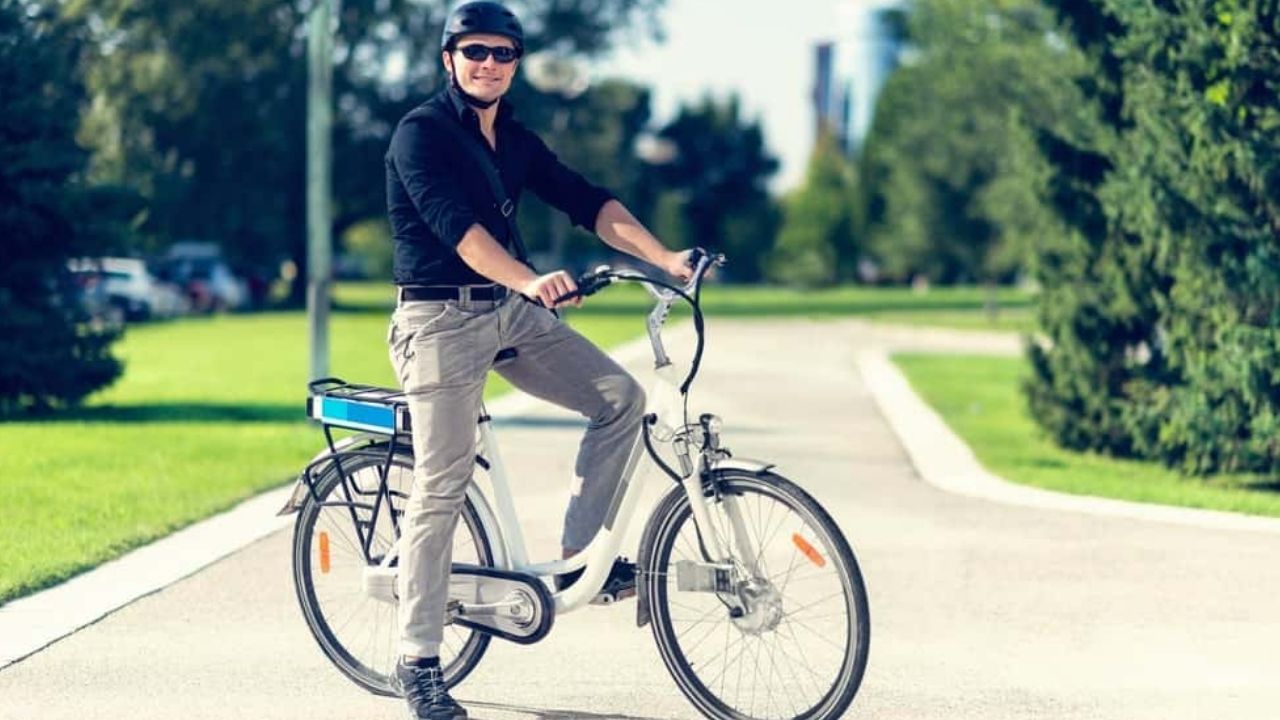 In order for an electric bike to be considered a bicycle, it has to be a low-speed model. A low-speed model is described as one only able to do under 20 mph when using a motor by itself and with a motor no bigger than 750 w. They must also have fully operational pedals.

If you are wondering why the motor size was picked to be 750 w, it is because that size of the motor is precisely one horsepower. Now you can get into conversations with car guys about how big your motor is.

That all seems pretty straightforward. For e-bikes that exceed these regulations, bicycle laws have to follow DOT and NHTSA.  These are the same rules that motor vehicles have to follow.

You will find that Alabama, for instance, it is required that you have a motorcycle license to ride an e-bike. You need the license as Alabama considers an e-bike to be a motorbike. In Nevada though, you can ride your e-bike with no license requirements. You do not even need to wear a helmet.

Throttle-equipped bikes use a motor that is similar to a motorcycle or moped. You can power the bike by pedaling or by using the throttle to power the motor. You can then travel without pedaling. Pedal assist is precisely that. A small sensor tells the motor when to help you and when not to help you.

By splitting them into three classes, the various local governments of California can ban certain classes from being used. As such, you can have cycle paths where classes 1 and 2 are allowed, but class 3 is banned. A class 3 is too fast for the area and may be a danger to other users of the path.

It’ll All Come out in the Wash

Washington followed these Californian classes and has passed similar legislation during the summer of 2018. These classes are used on a lot of mountain bike trails to ban class 2. You will also find that many mountain bike trails do not allow e-bike use. Check in your area and maybe stick to the roads.

If you travel up to Canada, remember that they have a slightly different law. Their federal regulations state that the motor can be no more 500w. The bike must also be a pedal assist, and the power must cut out when you reach 20 mph.

If you want to go and visit the EU, you will find that most countries follow the EU directive on e-bikes. The EU e-bikes can only be pedal assist models, and the assistance must cut out when you reach 25 km/h.

You can then safely ride around the EU without needing to worry about breaking any laws. If you get curious, you can also cross into Russia and be safe, as the EU definition is the same as the Russian definition of e-bikes. That is a lot of roads for you to get out and cycle across.

Carrying on from Russia you can enter China. China is the biggest producer of e-bikes and classes them like a bicycle. You will have no issues riding your e-bike across China.

China promotes the use of e-bikes highly. Due to their industrial pollution problems, using e-bikes rather than cars is seen as a positive step to cut down on poisonous fumes.

The Land Down Under

If you head down from China and get to Australia, you will need a boat or a plane journey though. You will find that although the various states of Australia can pass their own laws regarding e-bikes, they follow the same federal government rules.

The biggest problem for Australia is that they set the motor limit at 200 W. 200 watts is pretty low power. The power being this low means e-bike uptake has been low in Australia. It does not even give you enough juice to help you carry yourself and your shopping home from the local grocery store.

As you can see, there is an overriding federal description of e-bikes and you will need to check your local state’s laws. If you live in Alabama, you may want to start talking to your local politicians and start working on making it so that e-bikes are not classified as motorcycles.

You may also want to work with the politicians in Vermont, Nebraska, Idaho, Hawaii, and Alaska to get this changed as well.