Are Road Bikes Hard to Ride? 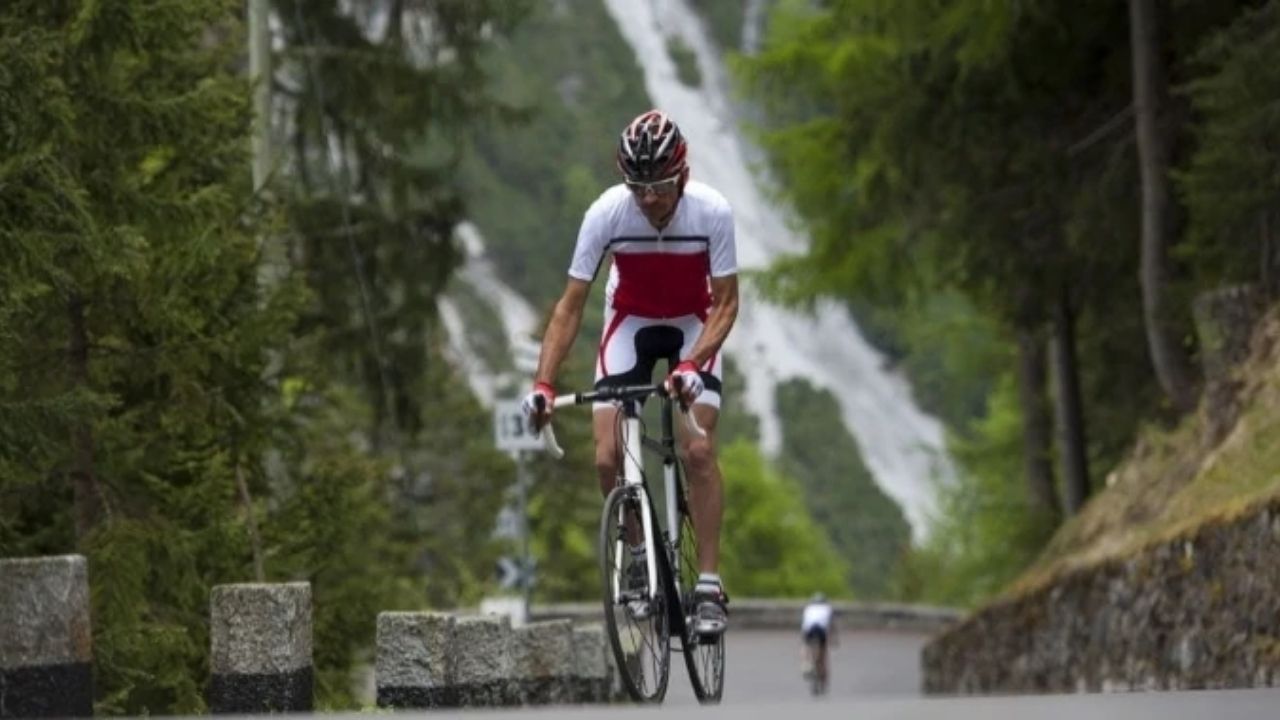 Are road bikes hard to ride? The simple answer is no. You dictate how hard to ride they are. Older road bikes used to be hard to ride, but with modern changes this is no longer an issue. The hardest time you will have on a road bike is when it is windy.

Road bikes have been around for a hundred years. The good news is they have changed. They have become lighter, better fitting, comfier, and they have easier gears.

If we look at gears, we can look at the cassette: the metal sprockets on the rear wheel. On the original road bike, this was a single cog. The cog was a fixed part of the rear wheel. We call this a fixed gear, or a fixie if you are a hipster.

We then moved to a freewheel. A freewheel was still a single gear, but now you could coast. At the time this was considered cheating by Henri Desgrange, the Tour de France creator. Slowly, these single gears have crawled up in number. Now we can use up to 12 gears on a cassette.

That being said, the number of gears is not the most critical part. The fact that we have increased the teeth number on the gears is. The higher the number of teeth, the lower the gear. The classic low gear for road bikes used to be 23 teeth. Now, professionals will have a 28-tooth cog. You can even buy bikes off the shelf with a 34-tooth cog.

With a little work, you can increase this to 40-tooth cog. If you add mountain bike tech, you can get away with a 50-tooth cog. Hills no longer seem as big. For us, this is the single best idea for making road bikes easier to ride.

To go with the evolution of rear gearing, road bikes of “old” came with two front rings for gearing. These days, the higher number is the hard gear, and the lower number is the easier gear.

The most common pairing was a 53-tooth big gear with a 39-tooth lower ring. We started to realize that this was a great way to kill knees. Both of these gearings were high and hard to ride.

Bike companies moved to a new standard that they called compact. They dropped the chainring sizes down. They became a 50-tooth ring with a 34-tooth ring. The lower sizes meant you could ride without putting a strain on your knees.

You will find pedaling so much easier on a bike with compact gearing and a large rear cassette.

One of the hardest things about riding is the wind. It is one of the first things you learn when you start riding. The wind is your mortal enemy. Thankfully though, bike companies have been putting thought into this problem.

We now have aero road bikes. These bikes are aerodynamically shaped and designed to cut through the air like a hot knife through butter. They tend to look flatter than more traditional bikes.

Like all bikes though, they do not like storm-force winds. If the winds are that strong, you may be better off staying in the house.

Road bikes used to be shaped to put you in a position that hurt because it was supposed to be faster. Bikes used to be designed for people with chiropractors, masseuses, and physiotherapists on speed dial.

Around the start of this century bike companies started to realize that this was a crazy idea. They began to bring out bikes with a geometry aimed at comfort. They called these bikes sportive bikes.

These bikes had a few changes designed to make them easier for mere mortals to ride. The principle idea is that they were designed for mass-participation long-distance cycling events that looked like a race but were not competitive.

They have a taller head tube, so your handlebars sit up higher. They would have a shorter top tube. These two ideas come together to have you sitting up a little bit higher on the bike. By sitting up higher, you are putting less strain on your back.

Putting these ideas together with the option of easier gearing means that sportive bikes are safe and easy to ride. They are a great beginner’s introduction to road cycling. In the trade, we used to say it took a month to become used to a road bike, and now we are talking about minutes.

Winter riding has now never been more comfortable. There used to be a time that you would put your bike away for winter. Some people would have kept an old bike, and that would then be a winter bike. Road bikes, in all honesty, though never enjoyed winter.

That has changed. You can buy full-on racing quality bikes that fit mudguards. Trust us: for winter riding, you want mudguards. There is nothing worse than getting soaked by the water on the road.

This cold water could quickly make cycling seem like no fun. Your front wheel will splash water on your feet. The splash will quickly chill your feet, and every pedal stroke would become agony. With mudguards and a nice set of overshoes, you can avoid this.

As we said, on the sportive bikes, you can now fit wider tires. Tires do not just bring comfort. They also bring you grip. Drop a few psi out of your tires, and you’ll find grip on all but the slimiest of roads. All of these little changes add up to making road bikes very easy to ride.

One final point: don’t fear drop bars. They are honestly not dangerous. Give a new road bike a shot and see how much fun they can be.