How do you put air in bicycle tires for various valves? 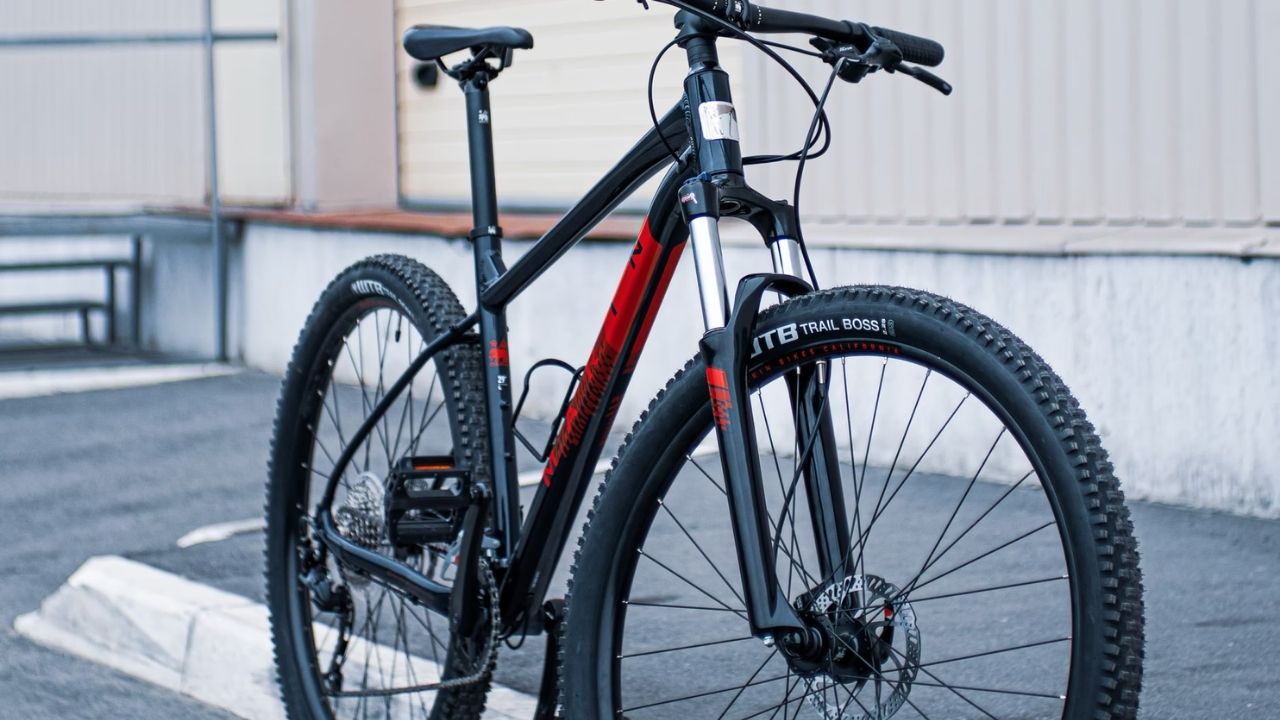 Even if there’s nothing wrong with your bike tires (such as a puncture), they’ll eventually lose the air out of them. It’s a common occurrence that is certainly not the riskiest thing to happen when biking.

Though that’s not an open invitation to being lazy and strolling around with a soft or a flat tire. Lucky for you, inflating bike tires is not as tricky. It’s actually nothing compared to the stuff we recently did in this guide, like fixing and lubricating rusty bike chains.

So, what do you need to know about pumping bike tires? For starters, you should know the appropriate tire pressure, followed by the procedure of pumping air for each different valve. Don’t worry, I’ll explain all that.

If you’re not sure, just have a look around your bike tire. It’ll have the minimum and maximum tire pressure embossed on it somewhere. With that aside, let me tell you how to inflate bike tubes the correct way.

How do you know how much air to put in bike tires?

If you already know how to determine when to stop pumping, you can skip to the next section – putting air through various valves.

The thing with bike tires is that the quantity is measured in air pressure instead of volume.

Stop pumping air when the air pressure inside the bike tire reaches the recommended (or desired) tire pressure. If you’re not using a pump with a pressure gauge, press the tire firmly with your hand. You shouldn’t be able to press deep on a road bike, whereas you can press 1cm deep on a mountain bicycle tire.

Now, there are primarily three types of bike tire valves – Presta, Wood, and Schrader. Let’s discuss how to pump air in each of them.

Read More: How to tighten a bike chain on single and multi-gears?

How to put air in bicycle tires with a Presta Valve or Sports Valve?

The Presta valve mechanism has an external valve stem that is protected by a valve cap. Unlike Schrader valves, Presta ones don’t have valve cores. Here are the tools you’ll need to pump air in Presta valve tires:

Remove the dust cap from the valve by rotating it clockwise. Don’t worry, it won’t let any air out because technically tire valves don’t need dust caps in the first place.

Presta valves also have a locking mechanism right under the dust cap – it’s called the “lock ring.” Rotate it anti-clockwise to unscrew it completely.

Step 2: Find Out The Optimal Pressure

Use the methods I explained earlier and find out the optimal tire air pressure of your bike. Make sure to stick between the maximum and minimum range. The tire will remain soft if it’s too low or might burst if the pressure is too high.

There are two types of air pumps – the ones that should be screwed in and the others that need to be pressed onto the valve. You can choose either of the two as long as they have a Presta valve opening. Or if you’re using a Schrader valve pump, like the ones on the gas station, then you should have your Presta adapter with you.

Note: If the bust of air comes out when you press the pump nozzle against the valve, ignore that, it’s completely natural.

Just start pumping air into the bike tire while keeping an eye out on the gauge. Once you’re done, re-check the pressure by hand to clear out any ambiguity.

Finally, just pull the lever back, and take the pump nozzle off of the bike tires. Rotate the lock ring anti-clockwise until it’s fully locked, and put the dust cap back over it.

How to put air in bicycle tires with a Schrader Valve?

Schrader valves, or the “American valves,” are slightly wider than a Presta valve. They are mostly found on car tires and mountain bikes on the cheaper side. The Schrader valve mechanism involves a valve stem surrounded by the threaded valve core to press down on the valve stem for pumping / releasing air.

You can use your car’s pump to inflate bike tires with a Schrader type of valve. Here are the tools that you’ll need for the task:

Working on a Schrader valve is simpler than Presta valves. Just unscrew the rubber cap on the top and remove it to access the Schrader valve. The nut loosens up when turned clockwise.

Pro Tip: Keep the rubber cap away from the tools and “messy” area you’re working on. Do not misplace it. You’ll need it later to lock the pressure valve.

Step 2: Find Out The Optimal Pressure

Use the methods I explained earlier and find out the optimal tire air pressure of your bike. Don’t go above the max or below the minimum pressure because your tires will pop out / remain soft.

Check if your pump has the nozzle for a Schrader valve. Most of the smart air pumps can accommodate both Presta and Schrader valves. Use the larger of the two openings if you’re using a manual pump.

Once everything is attached, you can start inflating your bike tire one at a time and in short bursts so it doesn’t inflate more than necessary.

Pro Tip: If you don’t have a bike pump, just borrow one. Don’t buy one unless you’re gonna ride more frequently. You can also use air pumps at a gas station but more on that later.

Keep checking the approximate air pressure after every pump to make sure you don’t over-inflate. Finally, just rotate the side-handle on the manual (bicycle) air pump to lock the nozzle and then just take it out. Now put the cap back and turn it anti-clockwise to re-seal the Schrader valve.

How to put air in bicycle tires with a Woods Valve?

Don’t worry if you’re hearing the name Woods valves for the first time. They’re more commonly known as Dunlop or English valves, and they’re primarily used in Asia and Europe.

The interesting thing about Woods valves is that they are thicker like Schrader’s but employ the exact mechanism as Presta valve nut does. In the US, Woods valves are mostly found on city books. You can fill air in them by following the 4 steps I mentioned in Presta.

1. Which air pump should I buy?

2. How often should I pump up my bike tires?

Ideally, you should pump your road bikes at least once a week. Hybrid bike tires and recumbent road tires can be pumped every two weeks, and mountain bike tires can go as long as 2-3 weeks before the next pumping.

3. How often should I check my bike tire pressure?

Ideally, you should perform a manual air pressure check on each bike tire every time before riding to avoid any potential mishaps. Inadequate air pressure can be determined by pressing the tire or by riding the bike. It’ll feel soft and spongey, especially during turns, and hit the rim more often than not.

Read More: How safe is a bike in a lightning storm?

1. Can you put air in bike tires at a gas station?

You can pump up your bike tire at a gas station because they have Schrader valve air pumps there. Just keep an adapter at your side if your bike uses a Woods or Presta valve. Ask the guy there to keep an eye on the pressure gauge while you’re pumping so that the bike tire pressure stays below maximum.

2. How do I inflate a bike tube with no pin on it?

Don’t get surprised. Tires without valves do exist.

Also, note that many bikers often mistake their inner tube to be valve-less because they can’t find the valve. Don’t repeat that mistake – move some stuff around like the dynamo and check for a hidden valve.

Well, that’s it. Now you everything about inflating bike tubes. Make sure to check the air pressure at regular intervals, so you don’t run into complications while cycling.