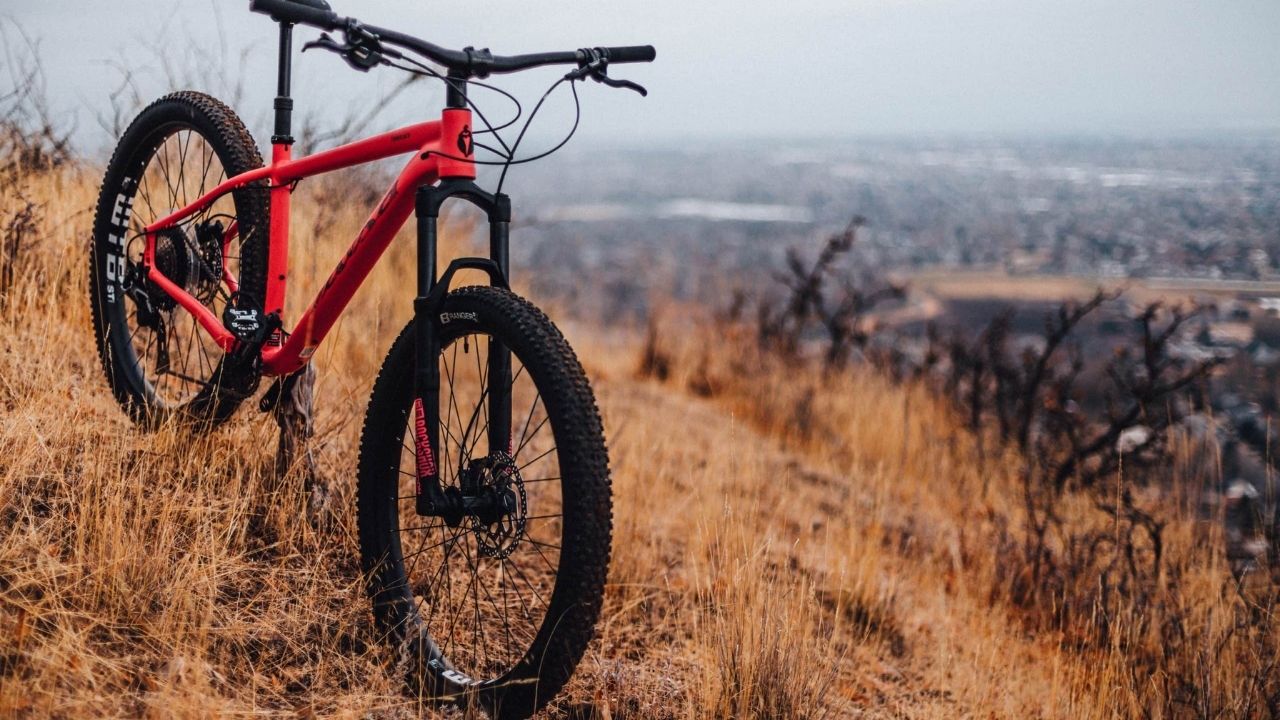 Bicycle maintenance may seem intimidating to most people who don’t think of themselves as being too handy, but the truth is that once you push past the initial fear of the unknown and learn a thing or two about bicycle maintenance and the main parts of many people’s favorite mode of transportation, you’ll realize that it’s quite possible to handle most uncomplicated bike repairs all on your own.

Faulty rear derailleurs are one of the most common problems that affect mountain bike enthusiasts. The derailleur is one of the most crucial parts of your bicycle, but it is also very prone to breaking, more so than many other components of your vehicle. This is especially true if you didn’t shell out a fortune on a high-end bicycle. The chances are that you’ll have to face a broken rear derailleur at least once throughout your bike’s lifetime, so you might as well learn how to do it yourself and save yourself the need to spend your hard-earned cash on a bicycle repairman. This article will teach you everything you need to know about installing a new derailleur, as well as teach you a thing or two about this key mechanical component of any mountain bike.

What Is a Rear Derailleur?

The rear derailleur is the part of your bicycle responsible for switching gears up and down. It can shift the bike’s chain from one gear to the next one, allowing you to adjust the pedaling difficulty to the road conditions. For example, if you’re cycling uphill, you’ll want to shift to the lower gear, which will make pedaling upwards much easier. On the other hand, you sacrifice acceleration and riding speed at lower gears, so if time is of the essence, you might want to stay at the higher gear to keep accelerating. All of this is made possible by the rear derailleur.

So how exactly does it work? The derailleur is located on the back wheel of your mountain bike (hence the name: rear derailleur), and it’s connected via a shift cable to the front of your bike, primarily the gear shifter on your handlebars and the brake lever. Once you switch to the desired gear on the bike’s handlebar and pull the brake lever, it will move the shift cable (responsible for pulling the derailleur), which in turn allows the chain to move into the right cog, effectively switching the gear, making your ride lighter (or harder, depending which gear you switch into).

A properly working rear derailleur is crucial for the comfort of your biking experience, as well as for your safety. You don’t want it breaking down when you’re in a dangerous area or cycling downhill at high speed, as it may lead to the chain falling off your bike or getting stuck, which will inevitably result in you losing your balance.

Back in the day, when even the most advanced mountain bikes had no more than a few gears, the shifting process happened seamlessly in the hub, with the chains running only on a single cog. There was no need for setting up a more complex system that would allow for derailing the chain and “helping” the chain move the wheels as you shift gears.

Nowadays, the most advanced bikes have as many as 20 gears, and the need for a rear and front derailleur is greater than ever. Not only do they assist in shifting gears, but they also play an important role in braking, letting your bicycle build up speed as you move up to a higher gear, and slow down organically (without using the brake levers) as you shift down to a lower one.

Most Common Reasons Why Rear Derailleurs Break Down

Even with the most expensive bicycles, rear derailleurs can break down unexpectedly, and before you get to fix it by yourself, it might be worth it to take a moment to think about what exactly went wrong with it. Sometimes, derailleurs break down through no fault of your own, but more often than not, it can be the result of the rider’s wrongdoing. Identifying the reason why it broke down will help you take better care of your mountain bike and make sure that your new derailleur will serve you for much longer than the previous one. Below, we listed five of the most common reasons why rear derailleurs break and how you can avoid them.

The term “over-shifting” can refer to two things, both of which are very common reasons why you’ll need to install a new rear derailleur. The first one is fairly straightforward: the rider shifts gears too frequently, often without any real need to do so, and in a wrong way. You should never shift gears when your bike isn’t moving, nor should you shift up and down without letting the chain settle in one gear for a while.

The other type of over-shifting refers to the instance when the derailleur falls out of its intended mechanism (beyond the largest cog) because it was improperly installed or because of the wrong usage of the gear-shifting mechanism.

As a mountain biking enthusiast, you’re probably no stranger to falling down on your bike. Aside from being quite painful experiences, these falls can also lead to the bending of the hanger, which holds the derailleur in place. In this instance, both the derailleur and the hanger might be in need of replacement.

Purchasing a new bike is a tricky business. On the one hand, you don’t want to overpay for a highly specialized vehicle designed for professionals, but on the other, if you buy the cheapest bike possible, the chances are that all of its different parts and components aren’t of the best quality, to begin with. Buying mid-range mountain bikes from trusted manufacturers is your safest bet if you want a quality bicycle that won’t break down too often.

Debris Getting in the Mechanism

Riding on mountain trails entails traversing through rough terrains full of dirt, gravel, and small stones that can (and most likely will) get into your mechanisms. Most of the time, it’s no big deal; the debris will simply fall out of them as you keep riding. However, on certain unfortunate occasions, it can interfere with the derailleur and cause it to break down.

No bicycle, not even the most expensive one, is meant to stay in perfect condition indefinitely. They are meant to be ridden, and therefore subject to the wear and tear of daily usage. The quality of your vehicle will determine how long you’ll be able to enjoy it without any problems, but there will be a time when your bike’s rear derailleur will simply give in due to extensive use.

How to Install a Rear Derailleur on Your Mountain Bike

Fixing any mechanical issue by yourself might seem intimidating if you have no prior handyman experience, but thankfully, bike mechanisms are amongst some of the easiest things to fix, so as long as you’re prepared, you should have no problem tackling the replacement of your derailleur.

It is a very straightforward process, but that doesn’t necessarily mean that you won’t need a few tools to install a rear derailleur on your bike. Don’t worry. You’ll be able to buy all of them at your local hardware store. Here’s what you need to have in order to pull it off:

Once you’re equipped with the tools and basic rear derailleur knowledge, it’s time to get down to business. The entire process is composed of three main steps, and it should take you less than 20 minutes to complete.

Step 1: Get Rid of the Old Rear Derailleur

First of all, put your bike up on a stand. Then, move its chain to the smallest cog. After that, you’ll need to remove the shift cable by pulling off its end cap and loosening the pinch bolt. Next up is removing the chain from the broken derailleur, which can be done by using the chain removal kit. If you have a newer bike, it may be equipped with a master link with a simple release that removes the need for the removal kit altogether. Finally, unscrew the derailer by spinning it counterclockwise and removing the mounting bolt.

Step 2: Installing the New One

Once the old derailleur is off the hanger, it’s time to install the new one. To do so, you should first check if your derailleur hanger is intact. If it’s broken or damaged in any way, the chances are that your new derailleur will follow in the old one’s footsteps very soon. Once the hanger is in order, place the rear derailleur on the mounting bolt and tighten it. Then, put the chain back on. After that, you can take the shift cable and put it back in the derailleur. Make sure to tighten everything once again so that it’s flattened into place.

Check whether or not the shift cable has no slack — it should be fitted tightly into place. Otherwise, you’ll run into the risk of breaking it. Make sure that the derailleur has no way to move beyond your high and low limits to avoid it slipping out of place when your ride the bike. Finally, hop on your bicycle and take a quick ride in a safe and controlled environment to make sure that the gear-shifting mechanism works correctly.

So, there you have it, a quick guide on installing a new rear derailleur on your mountain bike. Hopefully, you won’t need to make use of this knowledge too often; however, it’s very important that you know how to do it, just in case you’re not able to take your vehicle to the bike shop. If you don’t feel confident enough in your abilities, it might be a good idea to hire a professional to do it or ask a more experienced friend or family member for assistance.