What is bike sharing, and how can it help you? 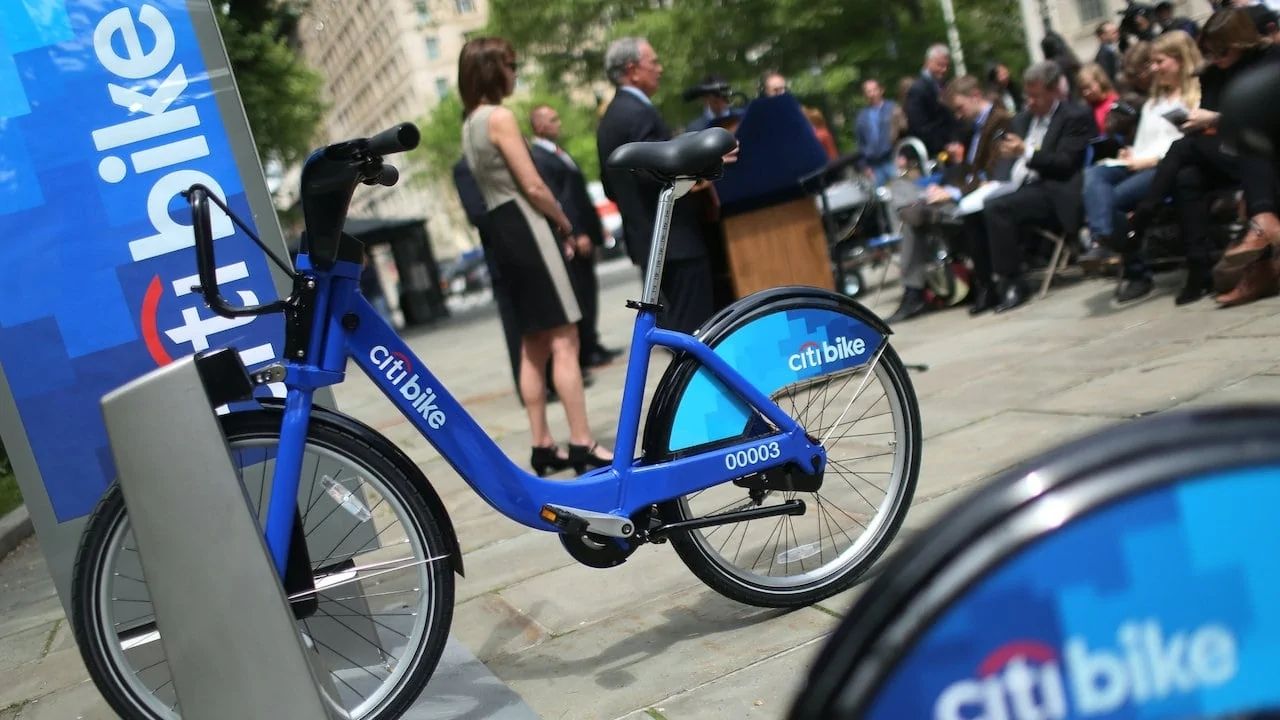 I know how much we love riding and maintaining our bikes. But what about the daily commuters who need a good bike, but don’t have the luxury of owning one? Do they have no choice but to sit through traffic jams in public transport?

The answer to both these questions is bike sharing. And no, it’s not sharing a two-seater with someone going in the same direction to save cost. Honestly, I was pretty skeptical when I first heard about bike share systems.

Simply put, a bike sharing program is run by an organization with hubs around a city, town, or college campus where you can scan a code to pay for bike. When you’re done using it, you can return it to any hub within that same bike share system.

This “simple explanation” gave me a dozen more questions – What are the pros and cons? Wouldn’t it be expensive? What about the incurred damages? And is it really even a good idea?

So I decided to dig into the research. To my surprise, I found that bike share programs are a $280 million business in the United States (as of 2021), with 4.6 million projected users by 2026. I don’t know much about statistics, but that’s a big number. So I dug deeper into the facts and figures to see what I was missing.

Here’s everything I found about this fantastic, wildly efficient method of public transportation.

How does bike sharing work?

Most bike share programs in North America are affiliated with municipal governments, while others are organized by colleges or student coalitions in small towns. Although the industry is technically unregulated, almost all bike rental systems offer similar interfaces and features, so it’s easy to get a program up and running quickly.

Let’s talk about the inner-workings of a typical bicycle rental ecosystem and its features:

The primary element of this system is the bike share app or interface – the web app, mobile app, or any other interface to facilitate daily bike rentals. The second most important part is obviously the inventory – the bikes.

One of the biggest advantages of a bike share program is the cost-effectiveness. The organization can invest in bigger, bulkier, and better inventory because a shared bicycle is revenue-generating asset.

Most sharing bikes are more than 40lbs with durable, high-quality frames and thicker tires. That’s one of the reasons they stand out among road and mountain bikes.

Bike share stations are easily one of the best real-time applications of automation in this era of increasing road traffic. These rental stations basically have a docking system with varying sizes (generally between 10 to 100) and a convenient no-human-interaction-required policy. Some new bike share start-ups are even starting to use dock-less bike stations, but that’s separate topic in itself.

For now, you just go to the docking station and rent the bike using a membership card or an electronic key. This card or key is directly linked to your credit card, so you’ll be getting a hefty charge if you incur any damages or don’t return the bike altogether.

Here’s the crazy part: What happens if a certain number of people go from place A to place B every day? Wouldn’t that create a shortage at place A and an influx at place B? For that, company employees regularly move the bikes around the city.

2. How much does bike sharing cost?

Customers generally pay one or two types of fees. First is the annual membership, which generally costs anywhere between $50 to $200. And second is the usage or riding fee, which starts from $1-$2 for the first 30 minutes and then increases.

You aren’t required to purchase a membership, but I certainly recommend you do, especially if you commute daily. Along with other added benefits such as a credit points system, members have fewer riding fees than non-members.

Other companies like CitiBike (based out of NYC) offer a $179 annual membership, which costs about 30 cents every day. In this membership, they allow 45-minute free bike rides every day. This 30c/per day trip is 11.5 times cheaper since their price for non-members is $3.5 per trip.

My advice is to keep an eye on the clock so you can finish the ride within the given time without having to pay extra. It’ll take some time to get used to the routes and various docking locations. Although, the result will be well worth the effort.

Read More: Beginner’s Guide to Biking Shoes: Which Pair Should You Buy?

I believe everyone should give it a try at least once. Lemme tell you the many pros of bicycle sharing systems and why these programs work.

Biking regularly helps you lose weight, build muscle, and you’ll be happier! Yes, it’s a proven fact that biking makes you happy. Biking leads to a spike in endorphins such as serotonin and dopamine, improving your mood and acting as natural painkillers.

2. It’s relatively cheaper than other alternatives

Bike share programs are MUCH cheaper than car rental, taking a cab, or even riding public transport.

3. It saves money and is rather convenient

If you’re out of town or only need wheels in the short-term, bike shares will save you hundreds of dollars versus purchasing one to meet temporary needs. The bicycle also doesn’t belong to you, so you don’t have to worry about carrying it everywhere or routine maintenance.

The National Association of City Transportation Officials (NACTO) found that the typical bike share scheme compels municipal entities and advisory committees to improve biking paths and walking infrastructure in urban areas. Essentially, the increasing popularity of bike shares increases their presence and visibility on the road.

5. It helps grow the area’s economy

A Washington D.C. study found that the more people using bike shared, the more economic growth locally. Bike share stations attract more businesses because riders are more likely to spend in a four-block radius as a byproduct of convenience.

6. It helps the tourism industry

The convenience and economics of the bike share scheme is also good for tourism. Because tourists can now use these systems to explore a new place rather easily.

Read More: Best Stylish Bike Helmets for Men and Women To Buy in 2021

Why do shared bikes fail?

Nothing in this without flaws, and bike share programs are no different. Here are some of the cons, drawbacks, and limitations of the system:

Is bike sharing good for the environment?

Quantifying the environmental effects of bike share programs is complicated. But that doesn’t mean it’s terrible. Out of the limited scientific research we have on the number of people who left their cars and started biking, here’s what we know:

Bike sharing systems minimize our carbon footprint. It has not only made biking “cool” but reduced daily CO2 emissions because many people now prefer biking over driving.

You can read more on this here – “Bike Share Effects on Climate.”

In any case, I strongly recommend you try out a shared bike system at least once and just stroll around. You’ll know just how fun and convenient this system is.

Why is it valuable for students?

According to a research study from 2019, one-third of university students have adopted the practice. There were 19,504 registered users and 165,854 rides just after the launch. The conclusion was that students are likely to get the most out of increasing bike sharing systems.

Bike shares are practically invaluable for students – they have the time and energy to utilize these systems perfectly. It also helps students save money by avoiding public transport, taking cabs, and saving time by biking instead of walking inside and outside the campus.

How safe are bike shares?

Safety is a growing concern with the increasing popularity of this bike share scheme because most systems don’t provide helmets and other safety gear. Although, I found a shockingly different answer when I dug deeper.

Surprisingly, many studies have deemed bike shares relatively safer than regular cycling. Even after tens of millions of shared trips, these programs have yet to result in a fatal accident.

So, what is it about the bike share program that makes it safer than riding your own bike?

After a lot of research and interviews with industry experts, Mineta Transportation Institute (MTI) researchers found out three main reasons:

Use of helmets on shared bicycles

As for the helmet issue, they reported bike share users have lower helmet usage rates. And since we know their accident rates to be lower, wearing helmets seems to have no direct relation to the number of accidents. Yet, the researchers concluded that governments should invest in better biking infrastructure instead of regulating helmet laws.

NOTE: Don’t misinterpret the studies and make the results an excuse for not wearing a helmet. For you, the individual, number of accidents don’t matter as much as the intensity. And, helmets do save lives.

Let me know if you have any questions about starting your own programs.